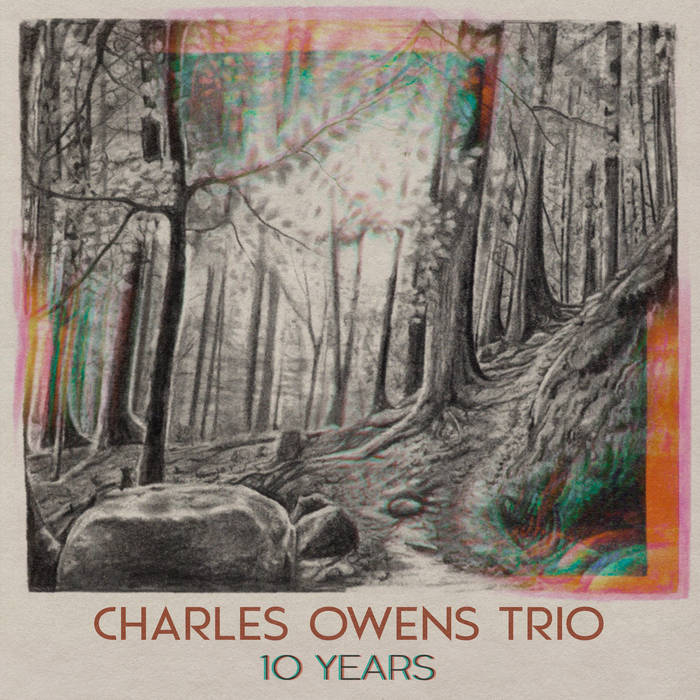 On June 11, 2021, the Charles Owens Trio will release 10 Years, a set of passionate, hard-grooving recordings that showcase the group’s signature jazz-funk sound. Traversing a constellation of styles — from afrobeat, to jazz ballads, to psychedelic rock — the Trio brings the unbridled energy and fierce musicality that have made them a mainstay of clubs in New York, Charlottesville, and their beloved hometown Richmond, VA.

At the heart of 10 Years is a decidedly celebratory spirit. The Trio went into the studio to toast a decade of existence together, and to document the powerful chemistry they’ve cultivated through countless hours on the bandstand. They built their tracklist as a loving ode to some of their favorite songs, drawn from all across their lives. “The music you learn when you’re really impressionable — like when you’re a child — it sticks with you forever,” says bandleader and saxophonist Charles Owens. “It’s in your soul. When I choose all these songs now for the record, I choose them because they mean a lot to me.”

From the opening note, Owens, bassist Andrew Randazzo, and drummer Devonne Harris pack a gut punch. They kick off with Cameron the Wise, an afrobeat original and live-show favorite captured for the first time in studio. Track after track, they flex their unique ability to be both supremely melodic and deeply groove-oriented. Owens can go tender and mystical on John Coltrane’s classic Central Park West, then turn around and throw haymakers on Jimi Hendrix’s psychedelic trip If 6 Was 9. Randazzo can anchor tunes like Caught Up in the Rapture, then bust out a gorgeous, extended electric bass solo such as he does on Continuum. And Harris moves seamlessly between funk, swing, thundering solos and more — sometimes within one track like he does on Angelica.

Recorded in a single, blistering six-hour session, 10 Years is a legitimate musical journey, and a testament to the powerful connection that exists between members of the Trio. “What was going on in the studio that day was me being really vulnerable and okay with it because I have a band that I’ve been together with for ten years, and man, they were so right there for me the whole time,” recounts Owens. Rarely can a group take on such a diverse slate of material and sound so utterly themselves at every turn. This is an album not simply for lovers of a certain genre or time period, but for people who enjoy music played with skill and the realest of passion.

Master Tenor Saxophonist, composer, band leader, Jellowstone Recording Artist, and educator Charles Owens has been playing saxophone and composing professionally for over 20 years. He lived in NYC for 12 years where he lead his own quartet and trio as well as played with many Jazz greats. ... more

Bandcamp Daily  your guide to the world of Bandcamp